How do we elevate our beloved relationship even in times of challenge?

It is so easy to step out of the relationship when things don't work. For example for me, when Freddy may have a desire to evolve into and I don't have the same desire, how can I hold space for him to evolve further?

I remember several years ago he really had the wish to have sex with other women. I got very clear at that time that if that is something that is important for his self-expression, for his evolution, I do not want to stand in the way. When I get the question if everybody can get to this place of consciousness, my answer is: Everybody's capable if you want to. I'm not saying that this is to be aspired towards for everyone, not at all.

For me when Freddy brought his desire to be with other women to me, I looked at and listened to myself and got clear that this was not something I wanted to share with him, like with other women, like actively sharing. Neither did I want to go off and have my own relationship. It was not something that was of interest to me. I was totally focused on growing TantraNova and using my creative energy in that way. 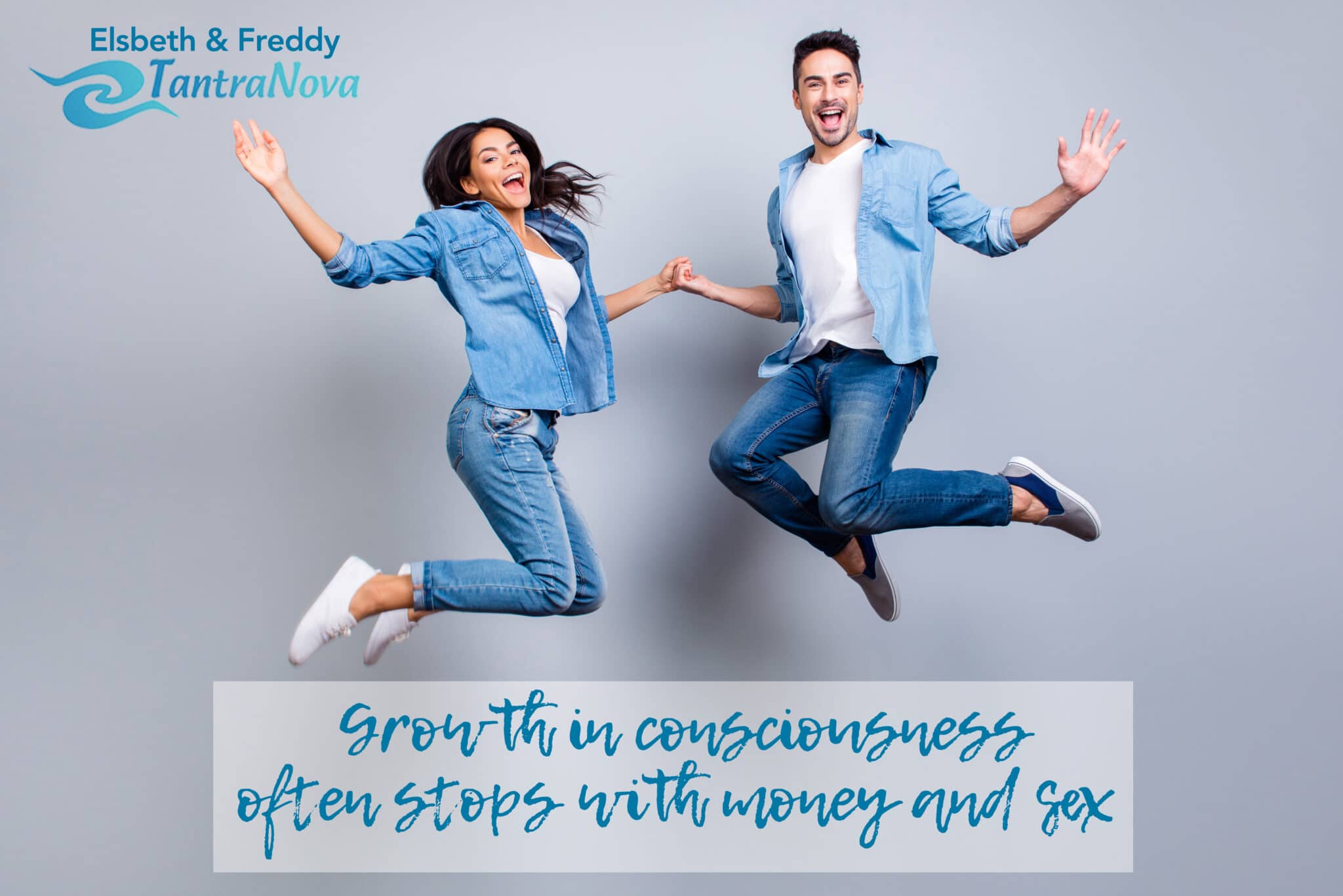 I took this situation as a phenomenal opportunity to train myself to flatten jealousy.

I knew that as long as I'm jealous and possessive, I'm not free. Now, of course, I asked that we have certain agreements ranging from ‘practicing safe sex’ to ‘don't fall in love’, which I, of course, didn't have any control over, ‘to be respectful and totally open and with honesty. Now that doesn't mean I had to hear about everything, but that there was fundamental honesty. In fundamental honesty, energy can flow. However when there are lies and withholds, there's energetic constriction. It's the killer of intimacy and connection both in the primary relationship and then in the love relationship that one partner has with another person.

And then after a year when it got a little messy I asked Freddy to complete his other relationship. This was the time when it no longer felt right for me and I wanted to refocus the relationship exclusively on Freddy and me.

I remember we had this conversation in the kitchen. I laid out what I wanted and then asked him to look at what he wanted at that point and let me know within three days of our conversation. I tell you, these three days felt like an eternity.

Freddy came back after three days and said, "Okay, I'm in." He had reflected on it and really looked at what's important to him about our relationship and the work we have been doing together, how we have grown together and what all of that meant to him.

That was another level of raising consciousness, raising my consciousness, and I just want to invite couples to be ruthlessly true to themselves and each other. Just how Freddy was true to himself by speaking and bringing up what he wanted with other women and not withholding it.

For couples the growth in consciousness often stops with money and sex.

To create a strong, powerful union you have to be able to go through such experiences, go on that journey together, learn from it, experience what you've needed to experience, be open to that and respect each other as you're journeying through it. And then come out the other side and still be together and be able to hear about it.

Yes, this experience for Freddy and me was like coming together in a new way and it deepened our relationship beyond that time. We did consciously work on it because it requires work to come together in that way.

So that's my story and I wanted to share it with you to show that it is possible to ascend our relationship even when one goes off to have sex with another person. Or just being open to having the conversation with each other if one has such desires without necessarily take action on it can be consciousness-raising.

Now take a moment and look at how you’d like to evolve and raise the consciousness in your relationship.

To learn more about consciousness-raising in relationships go to www.TantraNova.com or contact Elsbeth at [email protected].